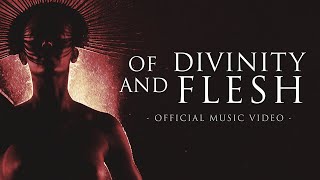 It would seem that Paris is not short on killer symphonic death metal bands. Last year we featured some must-hear new music from Dystopy and Promethean, among others, and 2019 is starting off with a positively beautiful concept album from Paris' Gorgon. "Elegy," the French trio's sophomore effort, which dropped on 18 January via Dusktone records, is a symphonic death metal powerhouse that, according to the band: "Embraces the correlation between the creation of the universe
16 views0 comments
JPR

Greetings, Abyss! It's been a monstrous year for tech death and here at the Abyss we've done nothing but bask in its evil, glorious glow. With the shear volume of releases within the genre, it's nigh on impossible to hear every album that you should be hearing. What kills me is that as we approach the fourth quarter of the year, "Best of" lists are going to be taking shape and I know, just KNOW, that I will have missed several albums that could be vying for a spot in 2018
26 views0 comments
Joe

Underground label Casus Belli Musica has officially announced several much anticipated album releases this month as well as next. The first of which is Australian progressive black metal band, Claret Ash, who will be releasing their new album 'The Great Adjudication' on April 30th, 2018. The album will be over 75 minutes of intense black metal with plenty of hooks, melody, and traditional BM elements. It will be available via download on the band's bandcamp page as well as ph
9 views0 comments
Joe

Holy Bloodbath! Fans of the super-group will without a doubt love the Danish Death Metal band Baest, who have just signed a deal with Century Media Records. Their new album "Danse Macabre" is set to be released this summer. The band formed only in 2015 but has been a touring force in Europe with more than 40 shows in their first year alone. They have supported some big names in the Death Metal while on the road. They will be playing the Summer Breeze Festival this year. Previ
3 views0 comments
JPR

A few weeks back I dumb-lucked my way into French symphonic death metal band Promethean, and raved like I'd been bitten by a raccoon that's on death's doorstep about the grandiose punch to my face that is their EP 'Aloades.' As it turns out, my shameless fanboy fawning caught the attention of Promethean's guitarist, Gaëtan Marquer. After some tough negotiations which included more than a few veiled threats of violence, Gaëtan agreed to answer a few questions for us. As ev
41 views0 comments 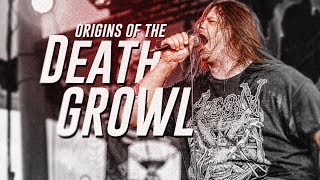 Howdy, Abyss! Have you ever wondered where the death growl originated? Well, keep on wondering because as it turns out, no one truly knows. The YouTube channel Polyphonic, however, decided to tackle the subject and recently posted a great vid that delves as deep as is possible into the potential roots of the vocal technique. Certainly worth your time if you're any kind of history buff, or have 7 and a half minutes to kill. Rage on! JPR #deathmetal #melodicdeathmetal #sy
13 views0 comments
JPR

Promethean (and the Tale of Too Many Labels)- "Aloades"

At some point, the labels we apply to bands to describe which sub-genre of metal they might fall under become both cumbersome and limiting. Take Parisian six-piece Promethean, for example. I could tell you that their 2017 debut EP, ‘Aloades,’ currently available on Bandcamp, is a "Blackened symphonic death metal record with touches of tech and thrash, and lyrics that center around Greek mythology". That’s 18 words and some punctuation that might give you an idea of what th
60 views0 comments
JPR

Wavering strings and stalking piano strikes herald the impending thunderclap of metallic evil that is 'Exhumer,' the opening track to 'Shortcuts to Dead Ends', the first full-length from Norway's Haunted by Silhouettes. What follows is a chugging, infectious guitar riff and Mathias Jamtli Rye's unwavering, throat searing growl that properly prepares the listener for what's to follow: an album of pure, no-nonsense death metal. No, really. There's absolutely no need to add 37
272 views0 comments
JPR

Ciao , Abyss! We're in the midst of our first (and very much unofficial) EP week here at Metal Abyss. What this means is that in addition to me telling you embarrassing stories about my childhood and bemoaning the lack of snack foods in our non-existent staff lounge, I dig up EPs from new bands so that we can enjoy that new music smell together. Mmmm... did you get a whiff of that? That's some fresh out of the can, quality metal being served up to you, loyal Abyss reader
39 views0 comments
JPR

It's been a week for new EPs, and in particular ones from bands who are just getting under way. There's something cool about hearing a band's first attempt, whether good or bad, at establishing themselves and their sound. Though some, uh... need some work, others show legitimate promise and I'll be sure to shine our little Metal Abyss spotlight on them this week. One recording, however, has punched me in the face so hard that I'm now bleeding and should probably undergo a
34 views0 comments
ADMIN

I fucking suck at writing reviews, hence the current lack of good ones on this site. I frequently head over to other metal news sites (ones that aren't anywhere near as cool as this one) and read reviews that sound like they're written by an English major at some Ivy League University. The only thing I have a degree in is using the word "fuck" too much and listening to heavy metal. So, lets get this out of the way right now, this is not so much of a review as it is a recommen
10 views0 comments
ADMIN

Fans of the good old Death Metal buzzsaw guitar sound and brutal, gut-churning vocals will be pleased to know Mass Burial has released their third full-length album. The Spanish quartet's newest album is titled "Breeding Plagues" and was released via Immortal Souls Productions. You can give the single "I Must Remain Awake" a view below. You can locate the album on Bandcamp. Mass Burial was formed in 2002 in Spain. Previous releases are 2012's "Of Carrion and Pestilence" and 2
8 views0 comments
ADMIN

Death metal overload is coming. Peaceville announced that "In addition to Autopsy’s mini album there is a special treat for fans of the grotesque – As part of the ongoing 7” series marking 30 years of Peaceville comes a new vile treat in the form of a double feature from two titans of death metal – Autopsy have teamed up with the Sweden’s kings of gore Bloodbath to create a limited edition split 7”. Autopsy present a high-octane version of the none-too-subtly titled ‘Fuck You
10 views0 comments
ADMIN

Mark your calendars for December 01st, 2017. Morbid Angel will release their first full length album since "Illud Divinum Insanus", which came out in 2011 to mixed fanfare. The newest album will be called "Kingdoms Disdained", which, interestingly enough, was recorded and mixed by former Morbid Angel guitarist and death metal legend, Erik Rutan. The album will feature their new drummer Scott Fuller ( Errorgeist, Incinerated Divinity, etc) and a return of vocalist Steve Tucker
4 views0 comments 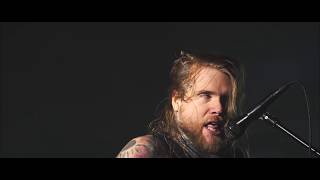 If you want some death metal to round out your shitty fucking day, here is the new Vitriol song "Victim". The Oregon band will release an EP called "Pain Will Define Their Death" on November 10th, 2017. Enjoy. #Vitriol #deathmetal
2 views0 comments
ADMIN

After several days of teasing on their official Facebook page, super-group Sinsaenum have finally stopped mind-fucking us and made the official announcement of a new EP. The new release is set to be released November 10th and is entitled "Ashes". If the music is as good as the artwork, we have nothing to worry about. While I was hoping the announcement would be that of a full album, or tour, I'll take three new tracks and three never before released tracks (at least never rel
1 view0 comments 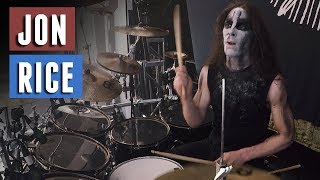 If this live drumcam footage of Jon Rice (Job For A Cowboy) performing with Behemoth doesn't tickle your fancy, you're most likely dead....or not a metal head. Rice is filling in for Inferno, who is taking time off for the birth of his second child. This live footage is of the song "Decade of Therion" and blows my mind. The speed, precision and stamina of guys like this is staggering. I could watch shit like this all day long. You can still check out the Behemoth, Slayer, Lam
7 views0 comments
ADMIN

To outsiders, metal heads probably look less than friendly. Some of us could really give a fuck about how we look, or what other people think about us, but society will always rear it's ugly head and judge. When on the outside looking in to a heavy metal concert, someone who doesn't truly understand the music and the fans are probably aghast! So violent, so angry. You've heard the bullshit before. To me, I see something completely different. I see the brotherhood, the comrade
7 views0 comments
ADMIN

HORNS UP! Metal Abyss Is Live